6 Countries Who are Becoming Cashless Societies

The cashless revolution is permeating the world. Every so often, we hear a new country express a vision to convert cash into digital form. Time will tell if it’s just another fad, but considering how everything is being turned digital, we can like its chances becoming a global fixture.

A recent study from World Payments Report found that by the end of 2016, the number of non-cash transactions across the globe have reached 482.6 billion – 10.7% higher than the previous year. Also mentioned in the study was the ripple effect of mobile payments from various neighboring countries, namely ones from Asia, Latin America, CEMEA (Central and Eastern Europe, Middle East, and Africa), which collectively had an average growth rate of 16.5%.

Sure, the concept has its own fair share of pros and cons, but the pros arguably edge out the cons thanks to its attractive, can’t-miss benefits. The overall impact in one’s economy presents a strong case, as cashless payments are deemed to be a gateway into having a cleaner and better-flowing economic structure.

In this piece, we’ll take a peek at countries who have a more established cashless payment system than almost anyone in the planet. Though one is moving past everyone while others are still taking small-but-efficient steps, all are positioned to continue marching on the cashless route.

Sweden’s contributions to the world don’t end with ABBA, Ikea, and super models. It is also home to arguably the most advanced and aggressive minds in fintech, which led to Sweden being light years ahead of everyone in digitalizing payments.

With over 900 banks no longer taking cash deposits, a cash usage rate of 1 percent, and a plan to launch its own digital currency and become the world’s first cashless society by 2030, Sweden’s vision to further change its payment landscape is clear.

Ah, yes. The land where hockey is like a religion and maple syrup is always of high quality. Like Sweden, though, Canada ought to be known for more things, especially in the fintech scene.

The country has a strong broadband network infrastructure, and it fits the cashless plans to a tee as it smoothens the rather rough path.

According to Visa executive Derek Colfer, Canada leads the world in card-based consumer spending, which rates at 70.7 percent.

Moreover, a survey published in early 2019 by the Angus Reid Institute had 63% of 1,500 respondents say they rarely carry cash anymore – it was also noted that 70% of the respondents were from age range of 26 to 37, an age group that is primed to influence the future. Even more telling is that 57% of Canadians aged 55 and above also said the same thing.

What’s more revealing as to how much leeway they have in suddenly altering their economy is the keen drive to become a cashless country. The UK is one of the more aggressive players in their plan to fully ditch cash, so much so that in 2018, even street performers in London are able to accept contactless donations.

Additionally, the UK had 7.4 billion contactless transactions in 2018 (31% higher than the previous year), and their combined €106.7 trillion revenue in cashless payments is the highest among all EU nations.

Considering how China is basically the birthplace of banknotes, it’s interesting to see that they are on pace to become a cashless country in a decade or so.

Such should be expected, though. As the most populated country in the world, China has no shortage of resources in dozens of industries – fintech being one of them.

China isn’t as close as Sweden is in terms of transitioning, but from 2013 to 2017, the combined numbers had them exceeding all the top cashless countries (Sweden, Canada, UK, etc.) in cashless payment growth. They are also getting a strong push from AliPay and WeChat Pay, two widely used payment systems for contactless transactions through QR codes.

In fact, in what could be one of the most interesting digital shifts in recent memory, one beggar in China was spotted accepting money via WeChat – yes, you read that right.

Next to maybe Sweden, Australia is the next country to be above and beyond other nations in the rise to become a cashless society. The country is laser-focused and prepared to breeze through obstacles.

Australia’s central bank is very confident about the movement’s future, declaring cash could very well be just a “niche payment” soon enough, with cheques likely fading into obscurity or phased out entirely.

The confidence is breeding from good reason too. By 2018’s end, Aussies’ ATM transactions per individual has gone down to 25 per year, all while contactless payments have catapulted by 400%. Further, a good number of school canteens, buskers, and even churches all over the country are already equipped to process digital payments.

The country struggled with how expensive it is to produce coins and it eventually led to a plan to just phase bills as well. Forget the fans’ inescapable craze for the K-Pop revolution. South Korea’s own cashless revolution is slowly-but-surely gaining a lot of momentum.

Forget the fans’ inescapable craze for the K-Pop revolution. South Korea’s own cashless revolution is slowly-but-surely gaining a lot of momentum.

The seed for the cashless plans was planted in April 2017, when a shopping center offered to give credits on their T-Money card rather than coins – T-Money is a widely-used prepaid card in South Korea for public transportation. Consumers embraced the concept and it blew up, leading to taxis, convenience stores, and theme parks all using the same process. By year’s end, South Korea’s use of cash has plummeted to 20%.

Philippines is still lacing up its boots to march in such a path but make no mistake about it: the trail is getting clearer by the day. In August 2019, Visa even acknowledged the Filipinos’ rising desire to go digital in payments, saying that their study found that eight out of 10 Pinoys prefer card payments rather than cash as it is more convenient and hassle-free.

Here at VeritasPay, we pride ourselves in helping progress the digital payment revolution through our products and services. Check out our Home page to learn more about we do or go to our Contact Us page to send us a message. 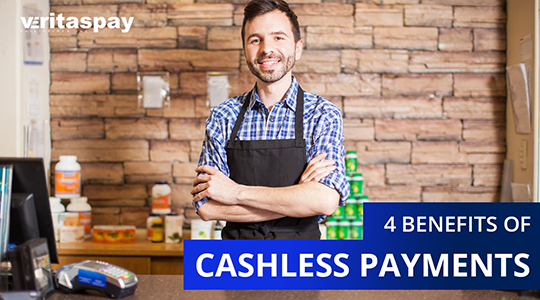 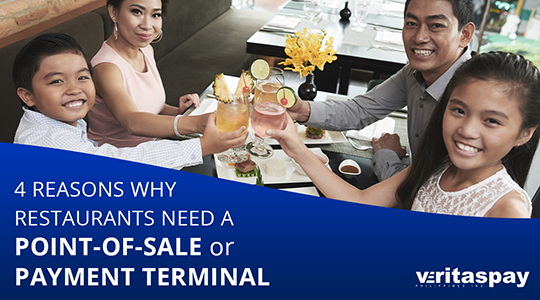